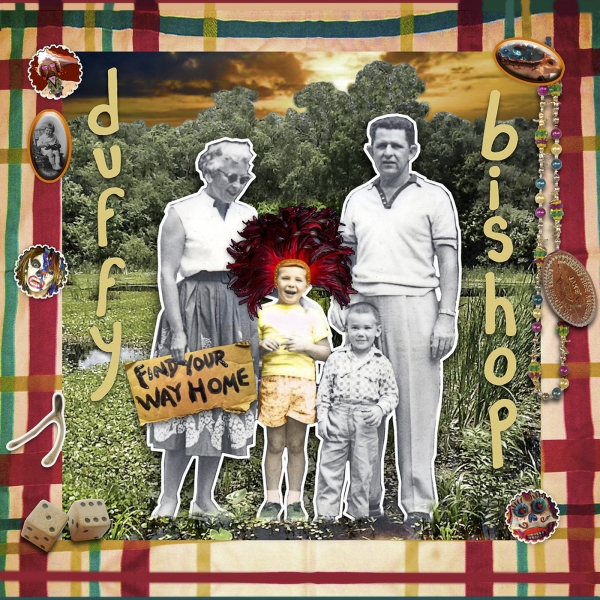 Duffy Bishop is a force of nature. A powerful blues blaster, a sultry soul singer, a presence who connects with her audience in a deeply personal way be it in an intimate club or huge festival.

“Her band went on first and did a tune. Duffy watched from the back of the theater. The band struck up another tune and all of a sudden, this huge beautiful voice came out of nowhere. She was walking up the aisle, mic in hand, tall and glamorous, dressed to the nines, singing and greeting the members of the audience. By the time she got to the stage they were cheering…they were hers and she was theirs.” – Tom D’Antoni, Oregon Music News.

“Sultry and sexual, beautiful and bold. Mannish boy cool, feminine frill or Raggedy-Ann mousey. She Is reckless and flailing, yet graceful in her delivery—full of wanton abandon. Duffy Bishop is a risk-taker.” – Ty Hitzemann, Buko Magazine

>Based in Portland Oregon, Duffy is in the Cascade Blues Association and Washington Blues Society Hall Of Fame, and a recipient of both organizations’ Lifetime Achievement Award. She has won the CBA’s Female Vocalist Award so many years in a row that they renamed it the Duffy Bishop Female Vocalist Award.

>Duffy started performing professionally in her early teens. Over the course of her four decade career she has shared the stage with many legends including Ruth Brown, John Lee Hooker, Etta James, Gatemouth Brown, Lou Rawls, Bonnie Raitt, Shemekia Copeland, Bo Diddley and Bobby Blue Bland to name a few.

>With her long-time collaborator, guitarist and husband Chris Carlson, they have played venues across the USA, Canada, Norway, Japan, Hong Kong, and Austria.

>When not touring with their band, Duffy and Chris join Teatro ZinZanni, a circus/ cabaret/tent show in Seattle, San Francisco and Europe. Duffy stars in the lead role as Madame ZinZanni, a role also performed by Thelma Houston, Joan Baez and Ann Wilson.

>Duffy played Janis Joplin in a Seattle production of the original play Janis. Sam Andrew, guitarist for Janis’ band Big Brother and the Holding Company, was an advisor on the show. Through that connection, Duffy performed with Big Brother and toured Japan with the band.

>Duffy performed the role of Dr. Frankenfurter in The Empty Space Theater’s production of The Rocky Horror Picture Show.

>“Who Is Duffy Bishop And Why Is She Not World Famous?” a documentary on her life, was released in 2010.

Discover for yourself the heart, the soul, the experience that is Duffy Bishop.