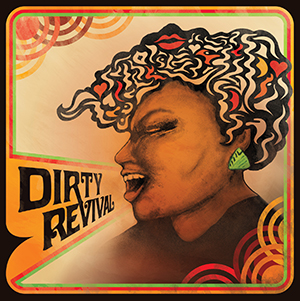 Portland born, Dirty Revival has evolved from the confines of a basement to some of PDX’s most sought after stages.  Their soulful sounds and energetic beats deliver an atmosphere that enraptures any audience.

Led by the soulful vocals of Sarah Clarke, Dirty Revival has made their mark on the Pacific Northwest music scene. The unique ensemble delivers powerful original tracks and superbly arranged classics with a resounding presence, no matter how big or small the venue.

The dynamic, seven-piece soul outfit shines on stage, and defines influences from funk- and soul-infused icons of the past. DR has shared the stages with musical heavy-hitters such as George Clinton and the Parliament Funkadelic, Sir Mix-A-Lot, Slick Rick, Nappy Roots and Gift of Gab, and have several regional tours already under their belt.

The band will spend the rest of 2015 touring in support of their recently release debut album, the self titled, Dirty Revival.

The release was marked by a sold out CD release party at one of Portland’s premier venues, Mississippi Studios. Driven by the warm reception of their freshman album, Dirty Revival has the heart and mind behind the music and the passion to share their soul.