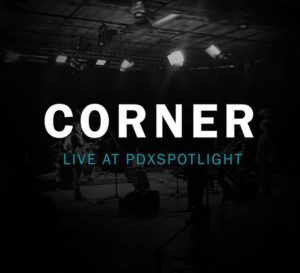 Portland natives and sisters, Crystal and Angela Lariza had been frequenting the NW music scene for years as an indie folk duo, before meeting the fine gentlemen of CORNER. They had never really entertained the idea of a full rock sound, but after a few jam sessions in a freezing shed with only a bottle of whiskey and their music to keep them warm, the girls were hooked and CORNER was born.

Since then, they have created a style that is as eclectic as their story. Their sound swings from eerie folk rock to western pop ballads wrapped in tight punchy melodies. The sisters deliver tongue in cheek lyrics while playing up their sometimes smoky-sometimes sweet harmonies. Influences also include roots rock, blues and Americana. Though tough to put your finger on, you will find yourself humming one of their catchy lines days after a show.

CORNER released their debut EP “Rude Awakening” in 2013 and currently plays throughout Portland and the Northwest. They look forward to a future of touring and promoting their music as well as ditching  “band meetings” in the breakroom.