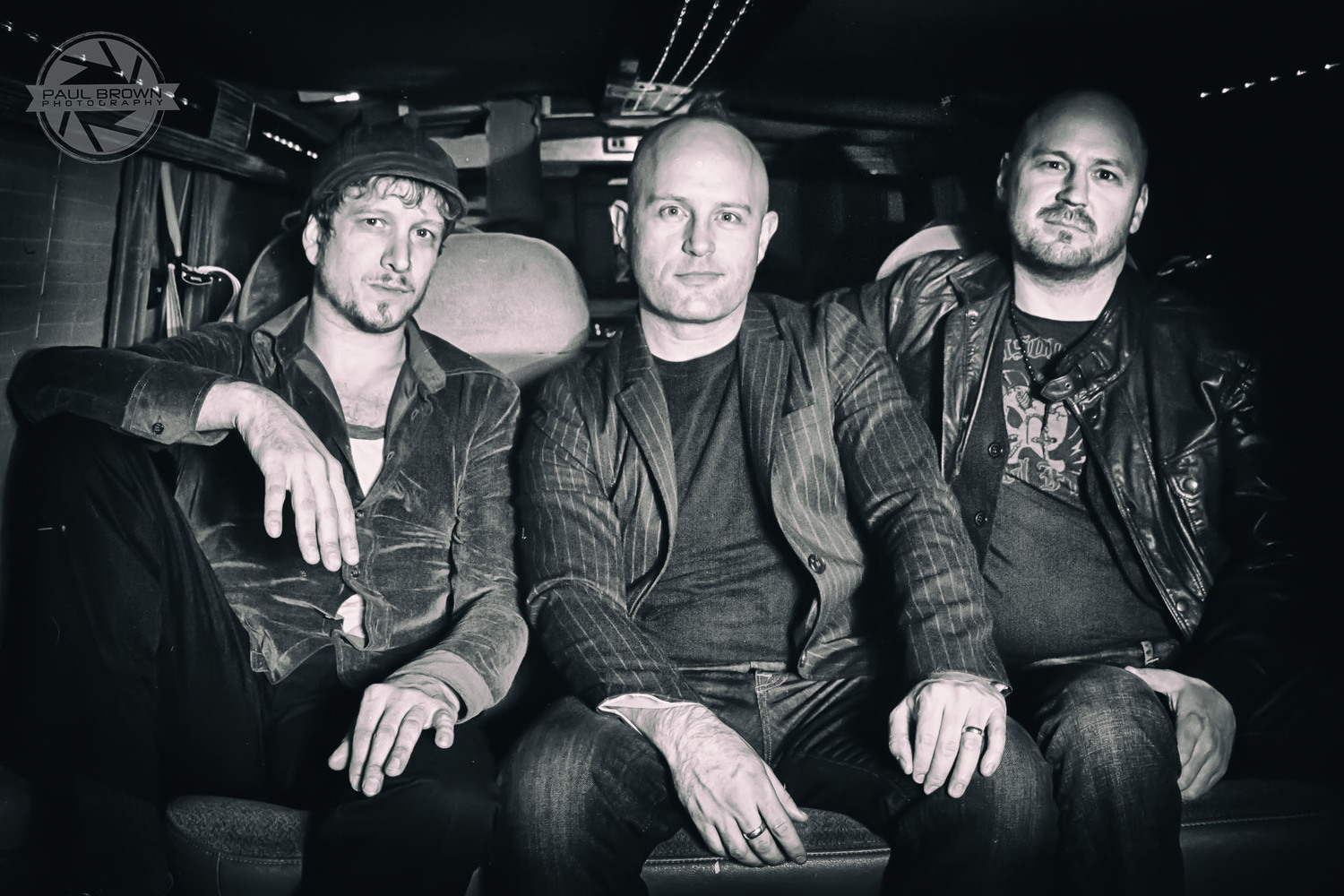 If your idea of a real rock band for the 21st century is one that blends the swagger and bluesy elements of classic bands like The Rolling Stones, Led Zeppelin and AC/DC, alongside more recent bands like The White Stripes, Black Keys and Rival Sons, then let me introduce you to the power trio from Portland Oregon- Metts Ryan And Collins.

Metts Ryan and Collins are: Geoff Metts-Vocals/Guitar, Dain Ryan-Bass/Vocals and Mike Collins-Drums/Vocals.
All three members of the band are veterans of the Portland music scene and individually have an impressive list of accomplishments under their belt.
Prior to forming MRC, Geoff Metts fronted the popular NW band Western Aerial. Western Aerial rose to the top of the Portland music scene with their infectious rock anthems and energetic shows. Dain Ryan is the bassist for one of the nations most successful and popular Journey tributes-Stone In Love, and Mike Collins was the founding member of the band Throwback Suburbia and has recorded and toured with guitarist Earl Slick (John Lennon, David Bowie), Dilana (Rockstar Supernova) and Dan Reed (The Dan Reed Network). The three musicians also play in the Portland based Rock, Funk and Soul revue band: Ants In The Kitchen. Ants In The Kitchen play a variety of songs from classic eras in music such as Motown, Stax and the British Invasion, so it’s no wonder those influences have crept into the Metts, Ryan and Collins sound.

The three have come together to form a no holds barred, in our face, blues rock band. Despite the fact that they’ve only been together for one year, they’ve already created a buzz in the Pacific Northwest.
In their first year together, they’ve played sold-out shows, have been featured on the international travel show “Next Stop”, the local music showcase “Northwest Roots”and have upcoming appearances scheduled with “Portland Radio Project” and “PDX Spotlight”. And if that isn’t enough, their song “Oregon” has been featured during the home games of the NBA team The Portland Trailblazers. Not bad for a band that’s barely a year old!

With the band currently scheduled to do an industry showcase in LA at the beginning 2015, it appears that Metts Ryan & Collins will be spreading their rock gospel to the masses very soon. To quote the title of one their songs, the band is “Right On Track”.