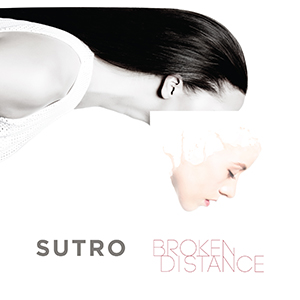 If Sutro had one goal with the quartet’s new full-length album release Broken Distance, it was to up the energy level — from downtempo to, well, midtempo. But the band had far more than one goal. It wanted to up the game overall, with more fully realized songs, richer melodies and production, and a bolder sound. And with the assistance of producer Joe Chiccarelli (Spoon, Morrissey, The Shins, The White Stripes), Sutro has made good on its plans.

The new recordings add live drums to Sutro’s sound and emphasize richer-than-ever songwriting, yet technology remains at the core of what Sutro does. You can hear the digital sheen in all the songs — think Metric or Phantogram — with the deep, rhythmic pulse in the programming of lead singer Tyler Stone and the studio- as-instrument work of keyboardist Jesse Gay. Keenan Wayne’s complex, melodic bass lines do more than just hold down the roots, while Guitarist Patrick Hinds’ textural elements can often seem more like a synthesizer.

With Tyler as the siren in the machine, Sutro makes music for and about relationships. And for all its emotionally dark underpinnings, the new release manages to stake out its own patch of sunlight. Part of that sunniness is the resilience of Tyler’s vocals — that as bad as things might get, there is always a new day, a new romance, a new song.