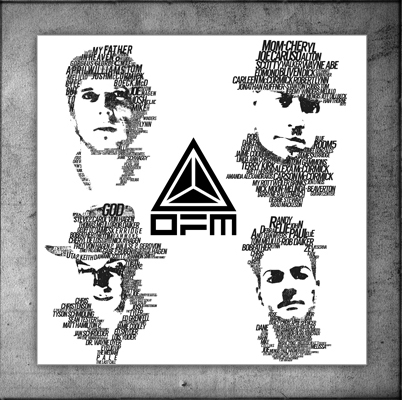 Believing their supportive fans deserved nothing less than perfection from their highly anticipated full length debut, One From Many’s extreme attention to every sonic detail led to a longer than anticipated recording process. Everyone had been asking the popular Portland, Oregon rockers about their progress for so long that the project, several years in the making, earned a clever nickname that stuck: The Alleged Album.

No longer “alleged,” the melodic, guitar driven 13-track powerhouse showcases their dynamic songwriting, exploring a wide range of influences beyond their alt rock core; including elements of Gospel, Indie Pop and R&B. The debut release on independent label Olea Records, The Alleged Album was recorded at Seattle’s London Bridge Studio, where such iconic albums as Pearl Jam’s Ten, Soundgarden’s Louder than Love and Alice In Chains Dirt were tracked. It was engineered by Geoff Ott (3 Doors Down, Alice In Chains, Nickelback, Blake Lewis) and produced by Rob Daiker, whose credits include Katy Perry, The Fame Riot and Royal Bliss.